Log in Register
Menu
Install the app
You are using an out of date browser. It may not display this or other websites correctly.
You should upgrade or use an alternative browser.

The retro American sports car has arrived to BeamNG! Available as it's own vehicle, navigate to your vehicle selector to find this awesome sports car! This is a collaboration between myself and @2FastRacing (CoreKillTV). Thank you for the help with custom jbeam and exhaust work! 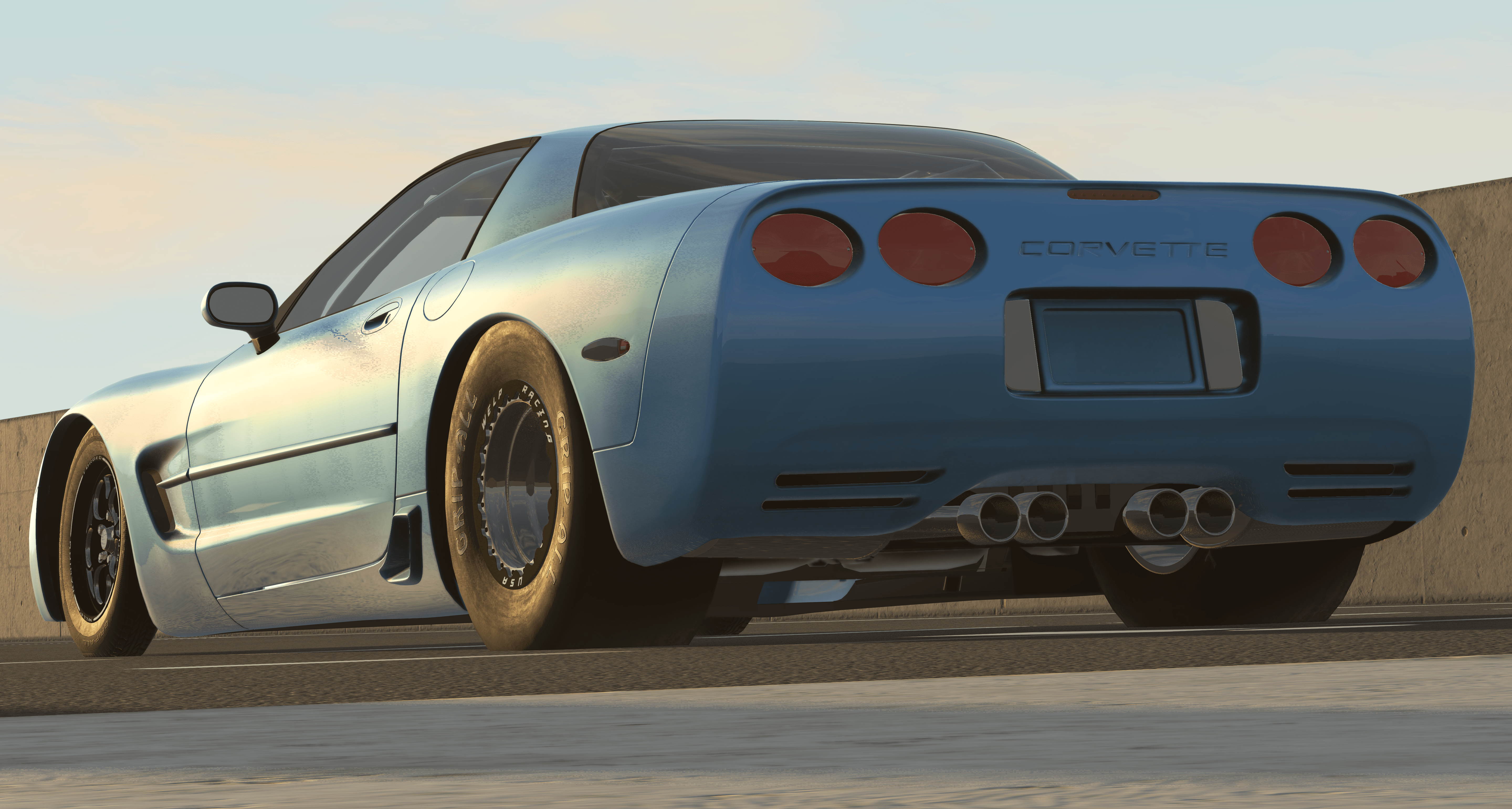 Thank you all for the support and as always let us know if we can help get this mod set up for you.

Great Mod but we need Cleetus McFarland's Leroy and Donnie variants
Upvote 1 Downvote
Great mod Love it great Job
Upvote 0 Downvote
Really good! My dad owns an '01 Z06 too. But there's one thing that's a lil annoying. this car stock has a 6-speed manual, not a 5 speed
Upvote 3 Downvote
Would love to see a variant similar to Cleetus Mcfarland's Ruby. 88mm Single Turbo Lsx!
Upvote 4 Downvote
ah, the C5, my favorite gen of corvette because it is sexy and sleek.
Upvote 0 Downvote
Spawned it up and thought it looked alright but then I noticed some deformation happening on the trunk and doors upon spawn causing some weird shading. When parts fall off, there's no chassis beneath them just flat planes which made crashes hard to look at and caused spikes. Turning on the headlights makes them pop up at a very strange angle like they're pointing at the sky. The interior looks all shiny and plastic-like including the seats. The engine and engine bay has bad spiky and intersecting models and no PBR and flat colour, no texture. Also the windshield is flickering which is very annoying and distracting.

Fordster
Seems like you had a bad time on this website, anything you enjoy about it?
Upvote 0 Downvote
Awesome mod, must have. A couple little things here and there but definitely a 5 star mod. Do you have these engines as a standalone mod by chance? Would love to LS7 swap some other cars :)
Upvote 1 Downvote
Amazing car just needs some work (same problems everyone mentioned) but it has lots of potential especially if you can manage to ask Meo if you can add his 454 and 500 cui into the car
Upvote 0 Downvote
Mostly only good for photos, driving feel is ok

Fordster
Drives exactly like a 200bx since that's what the chassis is haha!
Upvote 1 Downvote
Good Model, Still needs Interior work and work on the underbody

Fordster
Thanks! Yes it does, mentioned in the description
Upvote 0 Downvote
Read more…
Top Bottom
Menu